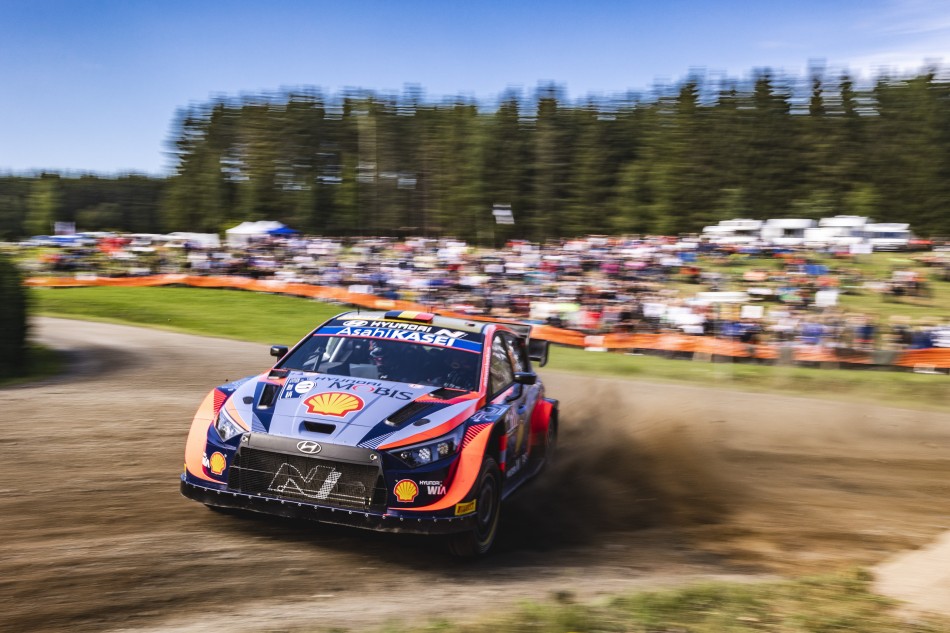 Neuville – currently second in the points – showed no shortage of commitment as he threaded his hybrid-powered i20 N car through the mixed-surface Harju curtain-raiser in front of massive crowds near the centre of host town Jyväskylä.

The Belgian driver outpaced colleague Tänak by 1.2sec in the 3.48km blast as Takamoto Katsuta filled the final podium spot another 1.4sec behind despite having no hybrid boost on his Toyota GR Yaris.

Although Neuville was pleased to hold a slender lead, he remained wary of what lies ahead. High-speed gravel rallies are not his favourite and he spent Thursday morning’s shakedown trying to find a comfortable set-up for the car.

“I have always liked these super special stages and I had some great fun in there but tomorrow is a whole different world,” he mused.

“At the moment I do not feel comfortable in the car. We made some set-up changes in shakedown and I’m just crossing my fingers that I will have a better feeling tomorrow.”

Championship leader Kalle Rovanperä trailed Katsuta by a single tenth ahead of M-Sport Ford rookie Jari Huttunen, who impressed on his first stage in the British squad’s Puma. The Finn completed the top five 3.2sec back from Neuville and set identical pace with Yaris star Elfyn Evans.

The rally heads into the forests on Friday morning as crews tackle legendary stages including Laukaa and Lankamaa. The nine speed tests add up to 128.39km with two visits to service during the day.

The provisional results can be consulted here.