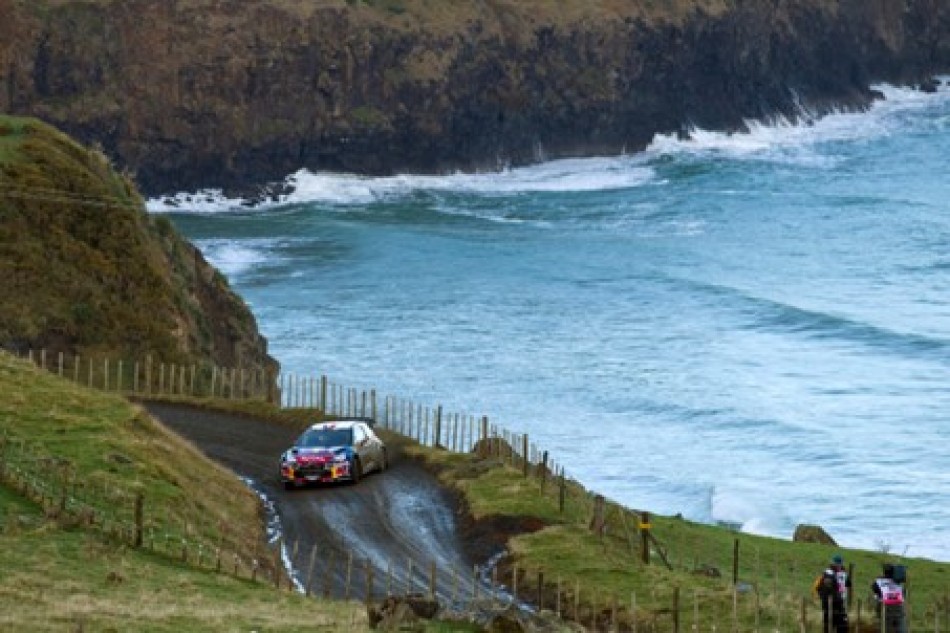 One of the most spectacular events, both in terms of challenge and landscape, returns to the FIA World Rally Championship next week (September 29-October 2).

For the first time since 2012, New Zealand is preparing to welcome the WRC crews and teams for a gravel rally like no other.

Smooth, high-speed sweeps combine with cambered corners to offer a thrilling driving experience. Add stunning countryside and breath-taking scenery to the mix and it quickly becomes clear why Rally New Zealand’s return to the global stage is so eagerly anticipated.

Following two years of COVID-19 restrictions, the opportunity to host the WRC provides another timely boost to motor sport in the Asia-Pacific region, with confirmation that the FIA Rally Star Asia-Pacific Final will be held in India from October 10-12.

But it’s New Zealand and, more specifically, the country’s North Island where the focus lies in just a few days when the 11th instalment of the FIA’s hybrid-powered Rally1 era takes place.

All three manufacturers – Hyundai, M-Sport (Ford) and Toyota – have won in 2022, while four drivers – Sébastien Loeb, Thierry Neuville, Kalle Rovanperä and Ott Tänak – have shared the wins to highlight the championship’s competitive nature.

With Rovanperä edging closer to the 2022 FIA World Rally Championship, it’s fitting that his Toyota team-mate Sébastien Ogier, the eight-time title winner and outgoing champion, is making his latest appearance of what had been planned as a partial campaign but will now include the season-closing events in Spain and Japan as well.

The WRC’s official tyre supplier Pirelli will provide its Scorpion KX soft and hard tyres for Rally New Zealand. Designed for cool and damp conditions, the soft compound is the first choice with the hard compound option ideal for warm and dry weather. Rally1 teams can use a maximum of 28 tyres for the event including four for Shakedown.

Kicking off with a 1.40-kilometre parkland stage in Pukekawa Auckland Domain in the heart of the city on Thursday evening, the challenge intensifies considerably on Friday with a 160.34-kilometre timed route in the Waikato region south of the host city. The itinerary includes repeated runs through the iconic Whaanga Coast test, plus double visits to Te Akau South and Te Akau North. Te Akau South is the longest stage of the rally at 31.48 kilometres. With only a Tyre Fitting Zone but no midday service, risk avoidance and car preservation will be key.

Saturday’s 88.28-kilometre second leg is focused on stages in the Kaipara region north of Auckland. Again, three repeated stages are scheduled but this time there’s a midday service in Auckland’s Wynyard Quarter.

Two runs through the Whitford Forest – Te Maraunga Waiho and the purpose-built Jack’s Ridge Haunui stages form the competitive running on leg three, which is based in the Franklin district close to Auckland and covers 31.18 timed kilometres. The repeat of Jack’s Ridge Haunui will run as the event-deciding Power Stage when bonus points will be handed to the fastest five drivers overall and the fastest three in FIA WRC2.

FIA Word Rally Championship leaders Kalle Rovanperä/Jonne Halttunen top the Rally New Zealand entry list aboard their Toyota GR Yaris Rally1, which is run under the Toyota Gazoo Racing WRT banner. The Finns are 53 points ahead in the title chase and could take the provisional world title if results go in their favour in the Southern Hemisphere.

Elfyn Evans/Scott Martin have yet to win in the WRC this season having finished runners-up in 2020 and 2021. While Martin has competed on Rally New Zealand twice before, the event is all-new to Evans.

Sébastien Ogier/Benjamin Veillas from France return to Toyota for their first WRC outing since Safari Rally Kenya in June. Ogier’s one and only Rally New Zealand appearance came in 2009, when he finished second overall.

Japan’s Takamoto Katsuta completes Toyota’s line-up alongside his Irish co-driver Aaron Johnston with the event new to both.

Hayden Paddon, New Zealand’s most successful rally driver, will carry the hopes of a nation on his shoulders as he bids for victory in the FIA WRC2 Open category in a Hyundai i20 N Rally2. The Production world champion from 2011 is making his comeback to global-level competition in 2022 and is set to battle Poland’s Kajetan Kajetanowicz (Škoda Fabia Rally2 Evo) for top honours. Former Australian champion and WRC2 Junior entrant Harry Bates is also set to be a contender for victory, as will Ben Hunt, a two-time winner of the New Zealand championship. German Armin Kremer heads the WRC2 Masters’ Cup contenders and can make it three class wins in a row on Rally New Zealand. Leading New Zealand racing driver Shane van Gisbergen, a double Australian Supercars champion, will make his WRC debut on his home round of the championship.

Media accreditation must be collected in person by accredited pass holders from the Accreditation Office at the Media Centre, Level 4, The Grid, 12 Madden St, Auckland CBD, Auckland 1010. The following opening hours apply:

All priority drivers, and co-drivers upon request, will bbe available for media interviews at the following times:

Representative of the winning manufacturer

The provisional classification following round 10 of the 2022 FIA World Rally Championship season is available at this link: https://www.fia.com/events/world-rally-championship/season-2022/standings