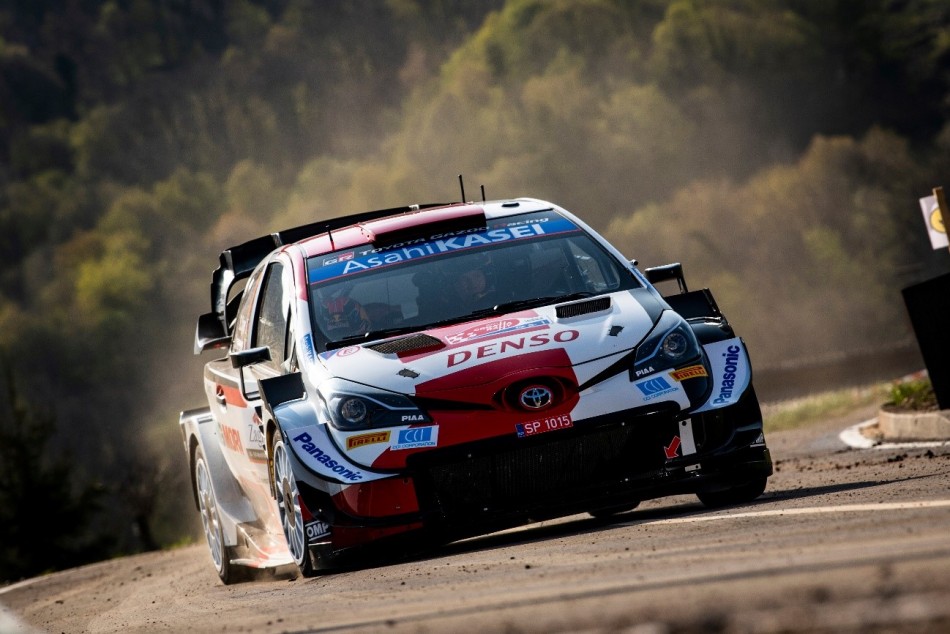 Not only is the runner-up spot in the overall Drivers’ championship up for grabs, the winner of the coveted FIA WRC2 title for Rally2 cars will also become known when the curtain comes down on the WRC’s 50th season and the first of the hybrid powered Rally1 era.

Once a regular on the world stage, Rally Japan’s WRC hiatus extends 12 years and its return after two delayed attempts due to the global pandemic is eagerly awaited.

As well as the enthusiastic welcome from the fans, who will witness the WRC’s stars and their cars being put through their paces on an all-new event, with the gravel roads of Hokkaido Island to the north replaced by Tarmac twists and turns on Honshu, Japan’s main island and home to some 104 million people.

Based in Toyota City, approximately 40 kilometres southeast of Nagoya, this year’s Rally Japan is set to provide a tough test with narrow and technical stages never previously used in the WRC.  With mountainous terrain increasing the prospect of cold temperatures and changeable weather conditions, tyre strategy will be a major talking point. Early starts will also be a factor when the event runs from November 10-13.

Rally Japan will also round out a year of celebration as the WRC’s 50th anniversary. However, the WRC’s sustainable present and future will very much be the focus on the 13th round of the season.

As well as running on 100 per cent fossil-free fuel, Rally1 cars are also designed to switch to electric mode only, which they are required to do in designated Hybrid Electric Vehicle zones close to event service parks.

With the overall Drivers’ and Co-drivers’ titles secured by Toyota Gazoo Racing WRT’s Kalle Rovanperä and Jonne Halttunen respectively, Hyundai Shell Mobis World Rally Team pair Ott Tänak and Thierry Neuville will face off for the runner-up spot in Japan, although Tänak is in the ascendency with an advantage of 21 points over his team-mate.

The WRC2 title chase is far from certain. Toksport WRT Škoda driver Andreas Mikkelsen tops the order by five points ahead of team-mate Emil Lindholm and three-time FIA European champion Kajetan Kajetanowicz. But with Rally Japan not on Mikkelsen’s schedule, the championship battle is set to be between Lindholm and Kajetanowicz. But if both drivers falter, Mikkelsen could still be crowned champion from afar.

Rally Japan coincides with Sustainability Forum hosted by the Mayor of Toyota City, Toshihiko Ota. The event will allow key members of the local government to meet with industry experts and discuss how innovations developed through motor sport can be utilised to benefit the environment.

Rally Japan 2022 begins with a 2.75-kilometre superspecial scheduled from 17:38 hrs local time on Thursday evening. Friday morning service starts at 05:34 hrs ahead of a demanding day of rallying east of Toyota City featuring three repeated stages over a competitive distance of 130.22 kilometres. The day-opening Isegami’s Tunnel is the rally’s longest at 23.29 kilometres. Double runs through the Nukata Forest and Lake Mikawako stages are scheduled either side of the single-use Shinshiro City stage on Saturday’s 80.48-kilometre leg, which concludes with the 1.40-kilometre Okazaki City superspecial, run twice in quick succession from 15:36 hrs. Twin visits to the Asahi Kougen and Ena City stages northeast of Toyota City either side of the Nenoue Plateau test form the final leg of the 2022 season over a competitive distance of 69.82 kilometres. The second run of the 7.52-kilometre Asahi Kougen test counts as the points-paying Power Stage from 14:18 hrs.

The spotlight among the Rally1 contenders will be on the Hyundai Shell Mobis World Rally Team pairings of Ott Tänak/Martin Järveoja and Thierry Neuville/Martijn Wydaeghe, who are locked in battle to finish runner-up to Kalle Rovanperä/Jonne Halttunen in the final FIA World Rally Championship standings.

With Toyota Gazoo Racing WRT wrapping up the Manufacturers’ championship on the previous round in Spain, Rovanperä/Halttunen will be joined on what is essentially a high-speed lap of honour on Toyota’s home event by Elfyn Evans/Scott Martin and eight-time champion Sébastien Ogier, who will be co-driven by Vincent Landais for the first time.
Local hero Takamoto Katsuta, with Irishman Aaron Johnson co-driving, is entered in a fourth Toyota GR Yaris Rally1 under the Toyota Gazoo Racing WRT NG banner.

Media accreditation must be collected in person by accredited pass holders from the Accreditation Desk located on B1 Floor of the Toyota Stadium, the Rally Japan Service Park, 7-2 Sengoku-cho, Toyota, Aichi 471-0016. GPS Coordinates: N35 05 04.4 E137 10 15.4.

MEDIA ZONES
All priority drivers (and co-drivers upon request) will be available for media interviews during the following Media Zones: TC4A, TC7A, TC10A, TC14A, TC19A

The provisional classification following round 12 of the 2022 FIA World Rally Championship season is available at this link: https://www.fia.com/events/world-rally-championship/season-2022/standings