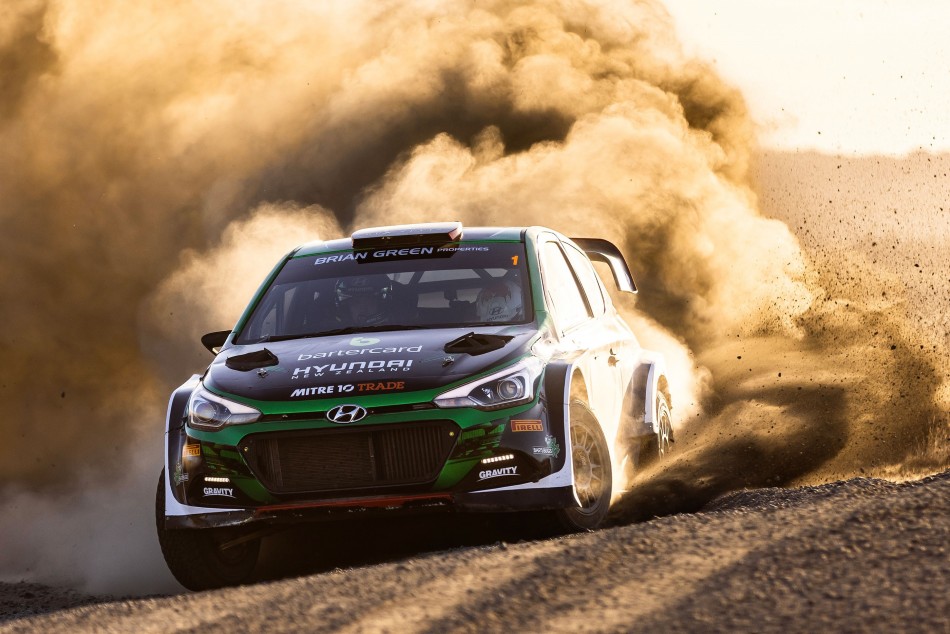 The first time a champion has been crowned since Chinese Taipei driver Lin Dewei and co-driver Le Kepeng won the 2019 Rally of Longyou, it will be an Antipode resident lifting the 2022 crown.

Five entrants are Australian based with New Zealand’s Hayden Paddon and John Kennard the only internationals.

Paddon last drove the region’s roads in 2018 where he finished second overall at the Kennards Hire Rally Australia in a Hyundai i20 WRC.
This time he will be using his three-time New Zealand Rally Championship winning Hyundai i20 AP4.

“We’ve got a lot of good history there. The last couple of times we were on the podium in the WRC and it was a rally we always enjoyed. While it’s a different format this year it will be equally enjoyable,” said Paddon.

“I’m aware it’s a winner takes all final, so the pressure is on – we just have to keep it clean and consistent. The Bates brothers will be pushing hard, and we are on their home turf.

“We will also be starting first on the road so will have to adapt to the conditions – as the weather can change it quickly. We’ve seen how it can turn to mud or if its dry – be very dusty.”

Harry Bates and John McCarthy head the two-car Toyota GAZOO Racing Australia team, accompanied by brother Lewis Bates and co-driver Anthony McLoughlin. A third Toyota Yaris AP4 will be driven by Richie Dalton and Dale Moscatt.
There are two R5 specification cars entered with Luke Anear and Alan Stephensen in a Ford Fiesta, along with Daniel Gonzalez and Daymon Nicoli in a Skoda Fabia.

In preparation for the 14 special stages of competition, teams get the opportunity to test their cars on the Thursday morning ahead of reconnaissance of the roads in the afternoon.

The event begins with a rally show at the C.ex International Stadium on Friday from 5:30pm. The first car starts at 7:30 on the Saturday morning for the first eight tests – using many of the roads previously run in the WRC event.

Sunday heads north for three repeated stages with the climax being the Moleton II Power Stage – a 9.07km forest road with no-room-for-error.

Upon returning, the leading team will be provisionally crowned the 2022 champions at the C.ex International Stadium 5pm podium ceremony.
Competition for the Asia Cup of the FIA Asia Pacific Rally Championship (APRC) has taken a step-up with the addition of Indonesia as an event on the 2022 calendar.

The Asia Cup will be awarded on points accrued from five rounds and is a full FIA title.

“Since they were last part of the championship in 2019 their enthusiasm to be included for 2022 has been rewarded by a late inclusion by the FIA World Motorsport Council”, said APRC Working Group chairman Mr Vicky Chandhok.

The Danau Toba Rally will be the penultimate round for the title, which will be awarded at the annual FIA Prize-Giving ceremony, along with the winner of the overall championship title.

Entrants from each round (plus five nominated from the eligible New Zealand events) will meet in Australia for the all-in final. The former WRC host location of Coffs Harbour will be a winner takes all, following two-days of competition.

The last time a champion was awarded was in 2019, when Chinese Taipei driver Lin Dewei and co-driver Le Kepeng won the Longyou Rally, China.