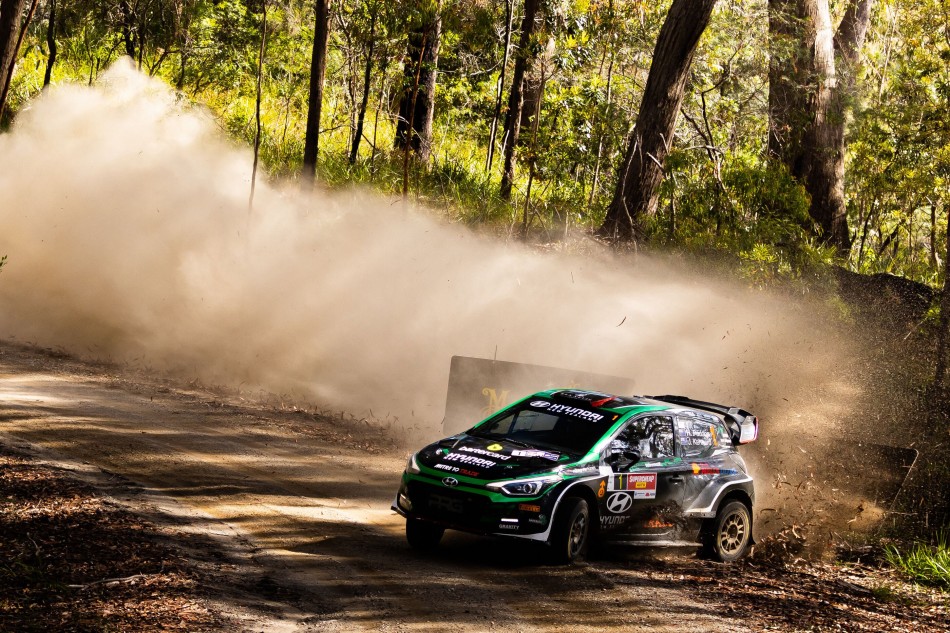 The winner takes all finale for the 2022 season, Paddon was one of six teams vying for the coveted title.

Tackling the 14-stage course threaded through some sections previously used by the World Rally Championship event, it was far from a straightforward result for the Kiwi pairing. The Toyota Gazoo Racing team cars of brothers Harry and Lewis Bates were hot-footing it with Paddon right from the start – while chasing double glory to secure the Australian Rally Championship title at the same event.

A damaged turbo hose and broken driveshaft softened Paddon’s early lead and a penalty for extra time taken to repair the car dropped him down the order. Returning to the lead after the 11th stage with a margin of 1.2 seconds, on the next stage Harry Bates (and co-driver John McCarthy) left the road, leaving just four cars in the title chase.

Preserving his position, Paddon said he took a more cautious approach on the remaining stages as he returned his car to the finish and top step of the podium.

“This is exactly what we came here to do so is pretty cool. There was a lot of pressure when it is all on the line with this one event winner takes all,” said Paddon.

“There is a lot of history with championship and some big names that have won it previously. Given the last New Zealand champion was Possum Bourne it is pretty humbling to be the next name on the list.

“For a time on Saturday we thought we lost our grasp on the title, but we got there in the end.”

Paddon finished just over 4 minutes ahead of Lewis Bates and Anthony McLoughlin – who secured the Australian title.

Fourth was the Skoda Fabia R5 of Daniel Gonzalez and Daymon Nicoli.

Paddon and Kennard will be formally recognised at the FIA Prize Giving – the first APRC champions to be crowned since 2019.