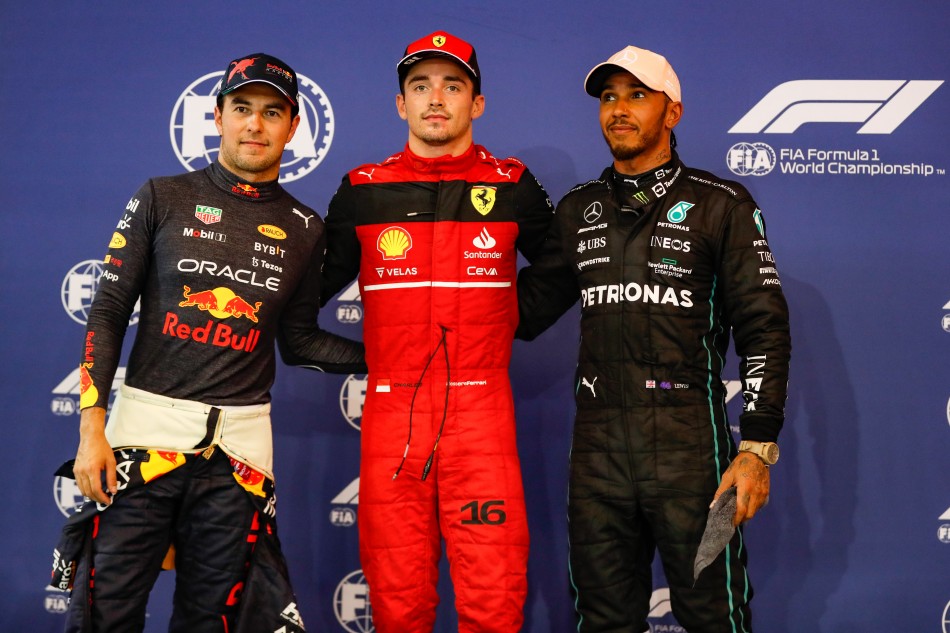 Heavy rain earlier in the afternoon and evening meant that Q1 began with the track still damp in many areas, making intermediate tyres the choice for all drivers.

After being forced to back out of his first flying lap due to yellow flags Verstappen’s second tour of 1:54.395 vaulted him to top spot. That was beaten by Leclerc who posted a lap of 1:54.222, while Sergio Pérez in the second Red Bull improved to 1:54.404, a time that handed him P3.

After dropping down the order as track improvements handed rivals an advantage Verstappen jumped back to P1 late in the session with a final lap of 1:53.057, a tenth clear of Mercedes’ Lewis Hamilton and a second ahead of third-placed Leclerc.

There was no place in Q2 though for Valtteri Bottas and the Alfa Romeo driver was eliminated in P15 ahead of McLaren’s Daniel Riccardo, Alpine’s Esteban Ocon, who complained of brake issues, and the Williams pairing of Alex Albon and Nicholas Latifi.

At the start of Q2 Leclerc topped the timesheet with an opening flying lap of 1:52.343, while Verstappen slotted into second place, 0.380s behind the Ferrari man. Hamilton then edged ahead of Verstappen by three hundredths of a second, while Pérez eased through in P4 ahead of Alpine’s Fernando Alonso. Carlos Sainz claimed his Q3 berth with sixth place in the second Ferrari, while AlphaTauri’s Pierre Gasly and Yuki Tsunoda progressed in seventh and eight places respectively. Lando Norris went through in P9 and the final place in the top-10 shootout went to Haas’ Kevin Magnussen.

The major casualty of Q2 was George Russell, the Mercedes driver being eliminated in P11, just six hundredths of a second behind Magnussen. Also ruled out at the end of the middle segment were Aston Martin’s Lance Stroll in 12th followed by the second Haas of Mick Schumacher, the second Aston of Sebastian Vettel and Alfa Romeo’s Zhou Guanyu.

At the start of Q3 the conditions had improved enough to make slick soft tyres the right choice and Hamilton led the way early on with a lap of 1:53.082. However, with the track improving in leaps and bounds Hamilton, Leclerc and Fernando Alonso all took turns at the top, while Verstappen set the pace in the first sector before consistently losing time in the still damp sections of the final sector.

It was Leclerc who held his nerve best in the closing moments and the Ferrari driver claimed pole in the final minute with a lap of 1:49.412. Pérez slotted into second and though Hamilton threatened to challenge Leclerc after a purple first sector the Mercedes drievr lost time elsewhere and took third place.

Carlos Sainz took fourth ahead of Alonso, Lando Norris and Pierre Gasly and then came Verstappen. The championship leader also looked like he was on course to beat Leclerc’s time after he delivered a purple first sector but a big slide in Turn 18 at the end of the lap forced him to back out. He made it across the line in time for a final flyer but in the third sector his team told him to abandon the lap and pit as he was in danger of running out of fuel. Had he not been able to provide a fuel sample for testing he would be dropped to the back of the grid. In the end he was forced to settle for P8. Kevin Magnussen qualified ninth and Tsunoda finished in 10th place.