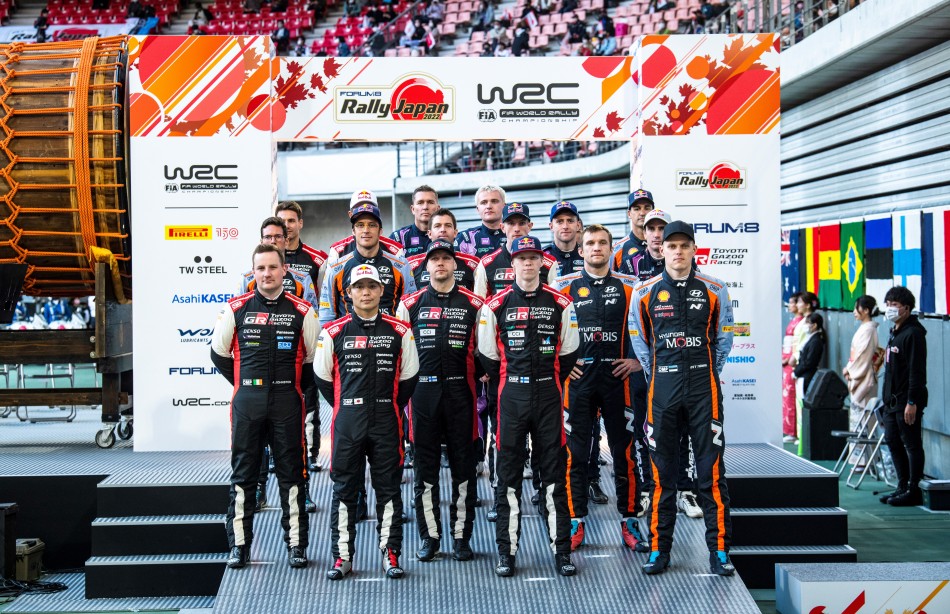 Eight-time world champion Sébastien Ogier was fastest in the dark in his Toyota GR Yaris Rally1 to lead the WRC season finale heading into Friday’s first full day of competition. However, Craig Breen is just 0.1s behind as 0.6s covered the top five crews at the completion of the 2.75-kilometre stage.

Ogier, with Vincent Landais co-driving for the first time, was the 10th driver to tackle the stage but made no mistakes as the factory Toyota Gazoo Racing WRT squad made a strong start to its home round of the world championship.

After completing the all-Tarmac stage, Ogier said: “It’s been an intense recce, but Vincent is doing a good job. It was already a good test tonight and so far, so good. Tomorrow the real stuff is starting.”

Breen, who was second quickest in an M-Sport Ford Puma Rally1, is also working with a new co-driver after James Fulton was recruited to replace Paul Nagle, who retired last month after making 102 WRC starts.

Ott Tänak, who is in a battle with Hyundai Shell Mobis World Rally Team team-mate Thierry Neuville to finish runner-up in the final world championship standings, gained an early advantage by outpacing the Belgian through the opening stage. The Estonian was 0.2s slower than Ogier but, crucially, 0.1s faster than Neuville, who was fourth fastest.

Kalle Rovanperä, who became the youngest world champion in history last month aged 22 and one day, was fifth fastest for the factory Toyota team. The Finn described his run as “a normal start, nothing special”, adding: “Friday will be a really long day with some tough and narrow stages. It’s something we haven’t really experienced before so it will be a brand-new challenge.”

Gus Greensmith reported trouble seeing where he was going in the dark at the wheel of his Puma Rally1 on his way to the eighth quickest time, 2.2s slower than Ogier’s best effort.

Dani Sordo was ninth in the third factory Hyundai i20 N Rally1 but 3.1s off the pace after a challenging run. “It’s a tricky rally and it’s special to start with this kind of stage,” said the Spaniard. “There were a lot of crests and surface changes, so it’s already a tricky stage to start the rally.”

Emil Lindholm boosted his bid to win the WRC2 title with the joint fastest time in the category for Rally2 cars. The Finn was 10th overall and 2.8s quicker than arch-rival Kajetan Kajetanowicz. Lindholm’s effort of 2m11.0s was matched by his compatriot Sami Pajari.

WRC2 drivers Grégoire Munster and Teemu Suninen completed the stage with damage, Munster struck a kerb, while Suninen nudged an Armco barrier in his identical Hyundai i20 N Rally2.

The stage was stopped when Japanese rallying legend Toshi Arai, a two-time Production world champion, crashed and blocked the road.

The Kuragaike Park SSS followed a spectacular start ceremony held inside the Toyota Stadium. Thousands of fans were treated to Japanese drums and a special Samurai performance. Several dignitaries were in attendance, while the many volunteers working in support of the event were celebrated with a special photocall.

Earlier in the day, Neuville and Evans had posted the joint fastest time on the 2.80-kilometre Kuragaike Park Reverse stage to mark the first time Rally1 cars had been put through their competitive paces in Japan, which is hosting the WRC for the first time since 2010.

The provisional classification can be consulted here.